It seems like I’ve been working on new paperback editions of the Princelings books for ages, but I put them aside for a while to work on other projects.  In January I asked Dani, my illustrator, to have another look at the covers for the first and fourth books. 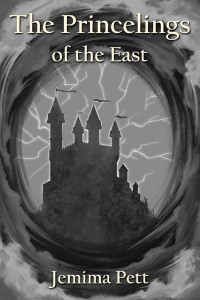 We’ve pretty much got the idea right for Princelings of the East, I think; now to get the colour scheme right.  This is the greyscale draft.  We are going for a similar colour scheme overall, but Dani’s given me six backgrounds for the castle, which I’ve only managed to narrow down to three so far – a dark blue (very moody), sky blue (striking) and cream much like the current cover.  It’s the lightning that makes the difference – I’m trying to indicate an electrostatic discharge that the tunnel draws from the Princelings world to create the energy drain. 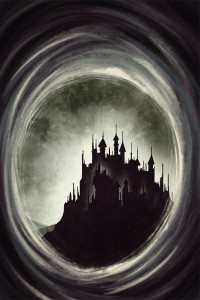 For Traveler in Black and White, I’ve decided try a cover without a guinea pig on the front.  It really hurts to lose Mariusz in his Bogart fedora, but the mixed feedback over whether to abandon the explicit guinea pig characters and just leave them as they are tends to suggest a more neutral cover.  We’re working on a noir approach to the more gothic castle that he comes across in his travels.

These are works in progress, so any suggestions are welcome, as always.

The new editions will come out in paperback from Blurb, once I’ve finished my other hardback project with the company.  The aim is to make them available in physical bookshops and non-Amazon online stores.  I’ll also be doing some minor editing on them, bearing in mind my younger reader Becca’s comment “I like the long words, just not in such long sentences.”  As I’ve found with my flash fiction: I can always tighten the prose!

Progress on the new editions

Tagged on: Blurb    new editions    Princelings of the East    Traveler in Black and White

3 thoughts on “Progress on the new editions”