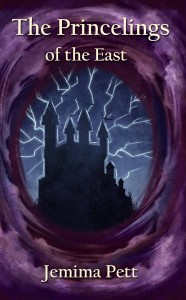 The Chronicles of Marsh, published in 2019, takes us back to Castle Marsh and Fred’s view of events since the Lost City. This is an episodic book which includes bits of the previous books from Fred’s perspective, and takes us through to the beginning of the end.

The last book in the series, Princelings Revolution, published on 1st October 2020. In a whirlwind of invention, family business and trouble, Fred finds himself fighting the Causists and George doggedly continues with the grand plan to deliver Vex to Lord Mariusz at Castle Hattan. Will both of them end up on the rocks?

An audiobooks of The Princelings of the East and the Princelings and the Pirates are on Audible, iTunes and Amazon (links above).  These will be followed by the last of the trilogy. Other audiobooks will depend on demand.

Princelings Publications is an independent publisher, based in Hampshire, UK.  Their website is http://www.ppbooks.co.uk