Here are some chapters, excerpts and snippets from the books.  They may included in the books, or they might be passages I’ve deleted from early drafts, that don’t fit any more.  Some are isolated chapters, some the start of books.  Some started life as short stories, but worked their way into the books.

In the Teasers section 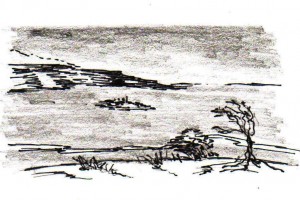 1) My favourite chapter from Book 3, The Princelings and the Lost City, is still on display, simply because I like it.  It’s mainly based at the Inn of the Seventh Happiness, but nearly every main character goes through in a 24 hour period and I love how it came together!  It’s called All Roads Lead to Rome.  I like the chapter illustration for it, but it now looks shabby.  It’s one of the candidates for redrawing. I’m also thinking of colorising them for the new generation of eReaders.

2) The start of Traveler in Black and White appears next.  It’s the reason Mariusz goes travelling in the first place.

3) A chapter from my Camp NaNoWriMo project in August 2012.  This is a web challenge to write a 50,000 word novel in a month.  My books are usually a little less than this, although Lost City is about that, so it may need quite a lot of editing to get it to publishing standard.  I took the Prologue of Lost City as my starting point and decided to write a story about Humphrey’s adventures after he left Arbor.  I originally called it The Way West, which was a title with no other books on Amazon when I finished the first draft.  By the time release day came, there were two others!  So I changed it to The Talent Seekers. I’ve picked a chapter early in the story for you.

4) Chapters 1 & 2 of the fifth book I wrote, which turned into the fifth chapter of the sixth book, Bravo Victor (again in his own words).  Victor’s style is unique!  Flying machines take centre stage again in this book.

6) The eighth book is the Princelings of the North; and you may have seen how Dylan found a map with a castle marked on it with an X, so I’ve given you the excerpt of how Dylan & Dougall found Kevin.  He pretty much explains how he came to be there in this excerpt.

7) The start of a later book, which was originally intended to be the prologue for the last.  I had written about three chapters of this one, but went back to examine my overall timeline for the history of this world, and decided I didn’t want to introduce these two characters this late.  Now I’ve done Humphrey’s story I have to work out how he gets so downtrodden between his story and this one. Although I suspect that he might be involved in Dylan and the Lights of Ulva.

I also recommend you check though the Yuletide stories on the website, and also on Jemima’s blog.  Several of them are now incorporated into the anthology-style Chronicles of Marsh.

I’m not sure whether there will be new short stories involving the Princelings characters. I’m not planning to publish any more books for the Realms, so this website will be the source for any new materials.

They won’t be teasers from the books, so you’ll find them under the heading ‘short stories.’