It can be a bit slow here on the Princelings website, simply because we’re waiting for things to happen.

Our lovely editor is about halfway through editing Willoughby the Narrator, and we hope it’s not too painful for her since it’s the anniversary of Willoughby the guinea pig’s sudden death, which came as a shock to us all.  But her last comment was that she likes it, and my version of him in the story. 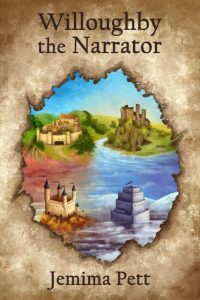 You can pre-order the ebook on iTunes, B&N and Kobo, but it’s not available on Smashwords until it comes out.  It’s not listed on Amazon yet, either.  We’re currently targeting mid-March, and I’ll post when I get revisions done enough to give you a firm date.

Meanwhile, we’re hoping Dawn will still have time to edit book 8 when she’s through with book 7.  Our wonderful cover illustrator Dani English has come up with some wonderful designs for The Princelings of the North‘s cover, and is now working on the final version.  It looks very dramatic!   And of course, you can see the chapter illustrations on our Pinterest page. 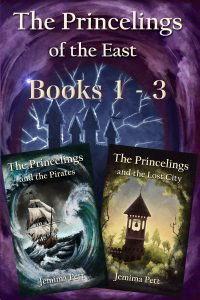 There are a few offers around on the ebook Box Set – at present you can get it for 99c if you’re a Goodreads Great Middle Grade Reads member – the first ten or till 31st January, which comes first.

I’ll be doing some more character interviews later in the year, and some places in the Princelings world may turn up in my A to Z challenge during April (see Jemima’s blog then).  Till then, enjoy your January, keep some of your resolutions, and enjoy reading!

Tagged on: amediting    book cover    goodreads    The Princelings of the North    Willoughby the Narrator